War broke out in Ukraine on February 22, 2022. The conflict that ensued was one of the most significant, bloodthirsty and costly conflicts in Europe since World War II. But the conflict has not only exposed flaws in everything from the Russian military to the NATO alliance, it has also exposed some very stark truths about cryptocurrencies.

Because this conflict is characterized by increasing sanctions against the Russian state and has produced numerous innovative crowdfunding models based on blockchain technology. From organizations using blockchain to provide humanitarian aid at war to the authorities of countries trying to assert their control over cryptocurrencies, the modern phenomena of blockchain and crypto play a significant role in this equally modern war.

One of the main reasons cryptocurrencies matter is due to the multitude of ways in which the transfer of fiat money through centralized systems has been disrupted. Throughout human history, centralized financial systems have been prone to collapsing under the pressure of war and political unrest. Cryptocurrency and the decentralized blockchain technology it is hosted on can work much more efficiently.

In this article, we will delve into the numerous applications of cryptocurrency and blockchain that the ongoing war in Ukraine has revealed. 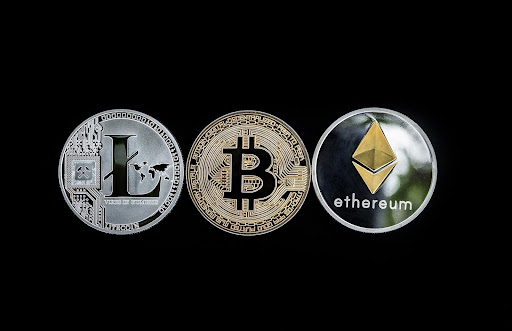 In Europe’s most significant military showdown since World War II, the conflict in Ukraine has shown how crypto can be used effectively to raise much-needed funds in the midst of war.

As the conflict erupted, the Ukrainian regime in Kyiv publicly announced that it was ready to accept war aid donations in the form of cryptocurrency in order to engage a wider range of potential donors. This, in turn, led to the establishment of the Crypto Fund of Ukraine.

The Ministry of Digital Transformation of Ukraine heads the Crypto Fund of Ukraine. The fund was set up in partnership with companies such as Kuna, FTX and Everstake to provide humanitarian aid and provide military support to Ukraine.

The crypto fund is said to have played a serious role in enabling Ukraine’s national defense and allowed the Ukrainian regime to accept cryptocurrency donations worth more than $100 million. The money was used to buy it vital military aid such as body armor, night vision optics for combat in the winter months, and unmanned aerial vehicles (UAVs) to monitor Russian positions.

Like the Crypto Fund of Ukraine, the UkraineDAO was established at the outbreak of the conflict to collect financial support for the Ukrainian military. At the forefront of the project are the likes of Nadya Tolokonnikova, one of the founders of the feminist anti-Putin punk band Pussy Riot, which also includes the likes of the generative NFT studio called Trippy Labs. To date, the UkraineDAO project has successfully raised over $8 million in donations.

Interestingly, UkraineDAO was behind the successful sale of a non-fungible token (NFT), which earned its place among the 20 most expensive NFTs of all time. Revolving around a Ukrainian flag, the NFT was sold for more than $6 million worth of Ether (ETH).

In addition to being a method to receive donations, various humanitarian organizations have used cryptocurrencies on the ground during the war in Ukraine. World Central Kitchen, an organization that provides food to those in need in times of war and natural disasters, has accepted Ether (ETH) donations during various crowdfunding campaigns to carry out its work of feeding those affected by the war in Ukraine.

But where there are good intentions, there are of course also bad intentions. Cryptocurrency has been used equally by those with bad intentions in the conflict in Ukraine, which brings us to our next point.

Malicious Use of Crypto in War 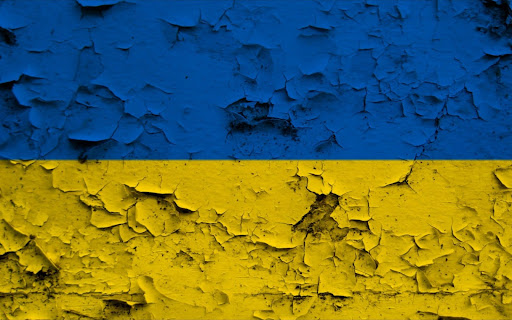 While the helpful intentions of humanitarian organizations and other fundraisers have received considerable attention, there is also a dark side to malicious crypto activity that has undermined the efforts of those trying to support Ukraine.

For example, a number of online scammers have launched a highly organized campaign to rip off potential donors by posing as spokespersons for accredited cryptocurrency organizations participating in fundraisers for Ukraine.

It is believed that these cyber criminals probably sent millions of emails to deceive people worldwide. A common tactic is to pose as Ukrainian people in dire need of help, with the goal of siphoning money from potential donors.

At the same time, the real victims of the conflict in Ukraine will have extreme difficulties in getting the help they really need, as such cybercriminals can easily blur the lines between real and fraudsters.

More and more people are reporting that these cyber criminals are also using social media like Facebook, Twitter, Reddit, and Instagram to launch their scam campaigns. Potential donors should only donate cryptocurrencies through channels officially authorized by the Ukrainian government to avoid potential scams. Alternatively, you can avoid fraud by making informed decisions on well-known and reliable sources such as this crypto website.

Crypto scams on the dark web 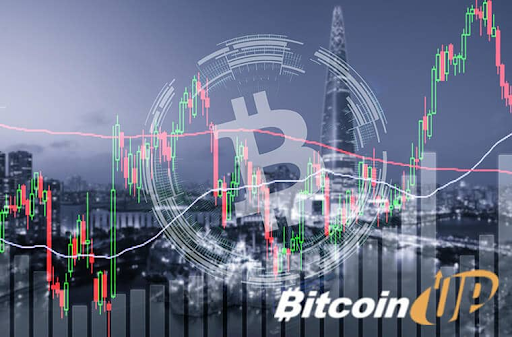 Simply put, the dark web is an overlay internet grid made up of unindexed websites hidden from standard web browsers and search engines. The Dark Web can only be accessed with certain browsers such as Tor.

There’s a reason the dark web is deliberately hidden from everyday users. It carries a wide range of highly illegal activities, including black markets in narcotics, firearms, and even assassination services. Additionally, it is widely used by black hat hackers to buy and sell stolen private credentials.

Of course, the dark web is heavily used by shady people to spread fraudulent messages with the aim of stealing money from people who want to support Ukraine. One of the main methods is to send links that take people to phishing sites designed to steal cryptocurrencies.

In the chaos surrounding the outbreak of war, a particularly well-trained gang of cybercriminals launched an elaborate fundraising scam that released a crypto token called Peaceful World (WORLD). Still, it was stopped by both the Ukrainian government and various cybersecurity experts.

Governments can ban and control cryptocurrencies 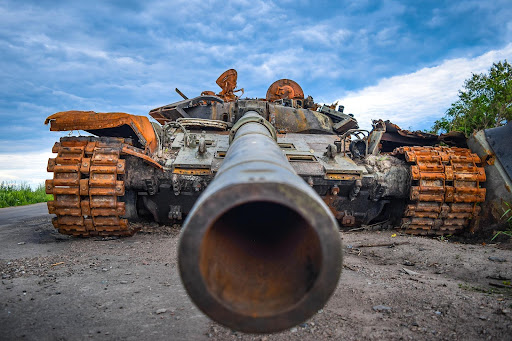 When Bitcoin (BTC) founder Satoshi Nakamoto created the world’s first cryptocurrency, one of his primary goals was to create a financial asset that would give freedom to the owner and take away the overwhelming level of control that global regimes and centralized financial organizations have that currently have it.

However, with the outbreak of war in Ukraine, it is becoming increasingly clear that government-level cryptocurrencies can be banned or controlled in more than a few ways.

For example, as of October 2022, blockchain companies based in the European Union were strictly prohibited from offering any form of crypto custody services to Russian citizens or companies. The decision follows a series of sanctions imposed on the Russian Federation by the European Commission. Additionally, Russian cryptocurrency wallets that fell under the control of Europe-based exchanges were also targeted and frozen.

The reason behind the wave of crypto sanctions was an attempt to prevent Russia from using cryptocurrency to successfully circumvent fiat currency sanctions imposed on the country. like they did before.

Even before the recent sanctions, there were restrictions that ensured a strict €10,000 limit on trading and deposits in crypto wallets and accounts of Russian citizens.

In order to avoid a regulatory conflict with the European Union, recent measures and sanctions announced by the European Union have prompted major exchanges such as Coinbase, Kraken, Crypto.com and Binance to deny services to Russian citizens and companies.

The wave of sanctions related to crypto and fiat currencies hitting Russia has put the world’s largest country in a serious economic situation. Locked out of SWIFT and cryptocurrency wallets, Russian citizens began to be cornered in terms of viable solutions for transferring money domestically and internationally.

You may recall that in July the Russian government notoriously banned the use of crypto for payments within Russia. Of course, in the wake of recent sanctions and with few options, this ban was reversed and both the Central Bank of Russia and the Ministry of Finance agreed to allow crypto to be used for cross-border payments.

This latest decision was thought to have been made to encourage Russians to use domestic cryptocurrency exchanges, boost the post-sanctions economy, and provide decentralized payment that is largely untouchable by hostile governments, provided it succeeds in overcoming the current ones avoid sanctions.

The war in Ukraine is one of the most brutal conflicts in Europe in decades. But as an inherently modern war, it has taught us practical lessons about the use of cryptocurrency in large-scale human conflicts on an international scale.

The war has shown how cryptocurrencies have been used at the community level through fundraisers by people wanting to support Ukraine, and the Ukrainian state has equally used them to raise over $100 million worth of direct donations from donors worldwide.

On the other hand, the conflict has also attracted the attention of scammers and cyber criminals who try to take advantage of people’s good intentions and use the chaos of war to steal funds from people.

Unfortunately, the terrible war in Ukraine shows no signs of ending anytime soon. As it rages on in 2023, cryptocurrency will no doubt be exposed in many more use cases throughout the conflict from both sides and for various reasons.

Is uninsured car insurance in South Carolina a must? MyrtleBeachSC News