The Zolciak-Biermann family can apparently laugh at Ariana’s DUI bust now that the reality star is officially 21.

The second daughter of “Real Housewives of Atlanta” alum Kim Zolciak celebrated reaching legal drinking age Monday night with a birthday cake decorated with a photo of her mug shot – just two months after her arrest.

In the short clip, Ariana flashed the camera a seductive smile while using her French-manicured fingers to lick some of the pink and orange frosting off the side of her personalized dessert. Meanwhile, McLeroy – who turned 21 on Tuesday – jokingly shook his head in embarrassment.

“1 day apart 🙂 I’m a cougar 🥺,” Ariana captioned a video of her giving a big kiss to her almost birthday twin, who she’s been with since the couple met in high school.

The couple celebrated their big day with a dozen of their friends with dinner at an unidentified Atlanta restaurant. Ariana’s pastel pink strapless mini dress matched the balloons attached to the chairs at the long, rectangular table. 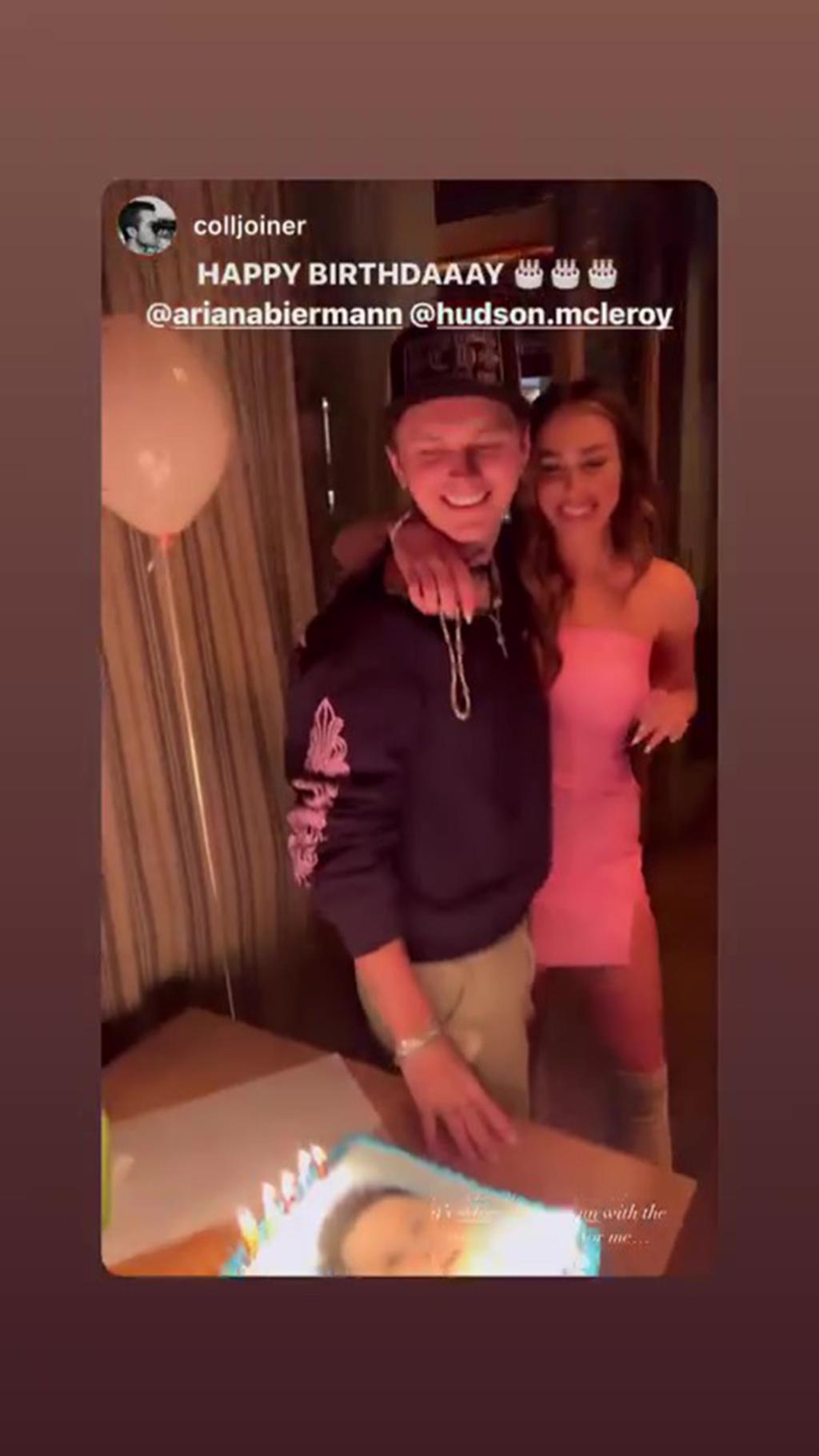 Biermann and her boyfriend Hudson McLeroy, who turned 21 the day after her, each had their own mugshot cake. 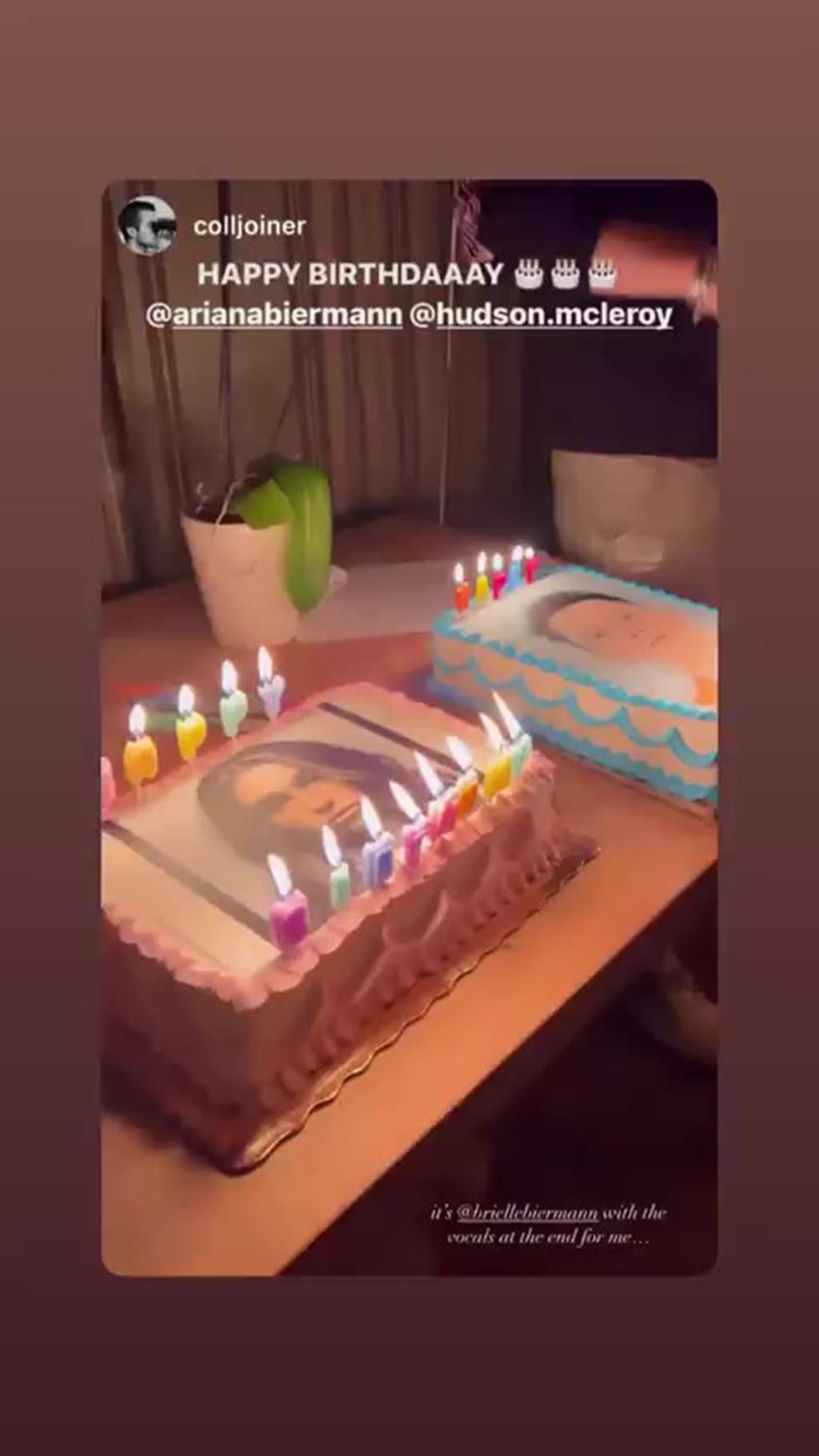 Biermann and her boyfriend Hudson McLeroy, who turned 21 the day after her, each had their own mugshot cake.

READ :  A lawyer for Donald Trump refused to sign off his false claim he returned all Mar-a-Lago documents in January, reports say

“We are pleased to announce that Wendy Williams is home…

Ariana and McLeroy were arrested in the early hours of August 13 – when they were both 20 – and were subsequently charged with multiple misdemeanors.

The Don’t Be Tardy alum has been slammed for drunk driving, improper/unexpected lane changes and underage possession/purchase of alcohol. She was released from the Forsyth County Jail on $5,120 bail.

McLeroy was also charged with DUI, along with supplying alcohol to a minor and violating the terms of his restricted driver’s license.

However, Ariana’s lawyer denied the allegations shortly after his client’s arrest made headlines.

“Ariana was involved in a small fender bender. When police arrived at the scene, the investigating officer immediately launched an investigation into DUI,” the attorney said in a statement to People at the time.

“Despite Ariana’s constant pleas that she was upset and concerned about the minor accident, the officer wrongly concluded that she was impaired by alcohol. That was not the case,” the lawyer continued. “She completely denies these allegations and intends to fight these allegations because she is not guilty of them.”

Zolciak, 44, also rushed to her daughter’s defense by releasing the attorney’s testimony and insisting the “little Fender Bender” had nothing to do with alcohol.

The former Bravolebrity wrote on her Instagram Story at the time that Ariana “admitted to using marijuana the day before” when the incident happened.

READ :  Brad Pitt won't 'own anything he didn't do,' lawyer says

“[That was] more than 24 hours prior to her contact with law enforcement,” Zolciak claimed, adding that her child was “cooperative and honest” throughout the ordeal.