The NBA has been playing in Mexico for 30 years and a new matchup in the country is underway.

The San Antonio Spurs and Miami Heat will face off in Mexico City on December 17 (5 p.m. ET, NBA TV) at the first of two Global Games this season and the 12th regular season competition hosted by the country.

The first NBA game in Mexico took place on October 27, 1992 when the Houston Rockets defeated the Dallas Mavericks in a preseason game. Since then, 18 preseason games and 11 regular season games have been played in Mexico, which leads the way as the NBA’s international host.

Of the 30 NBA games in Mexico, 28 have been played in Mexico City and two in Monterrey. The last 12 competitions were held at the Mexico City Arena, which will be the venue for Saturday’s competition.

Below is a look at some of the standout performances and team marks that have taken place at games in Mexico City. 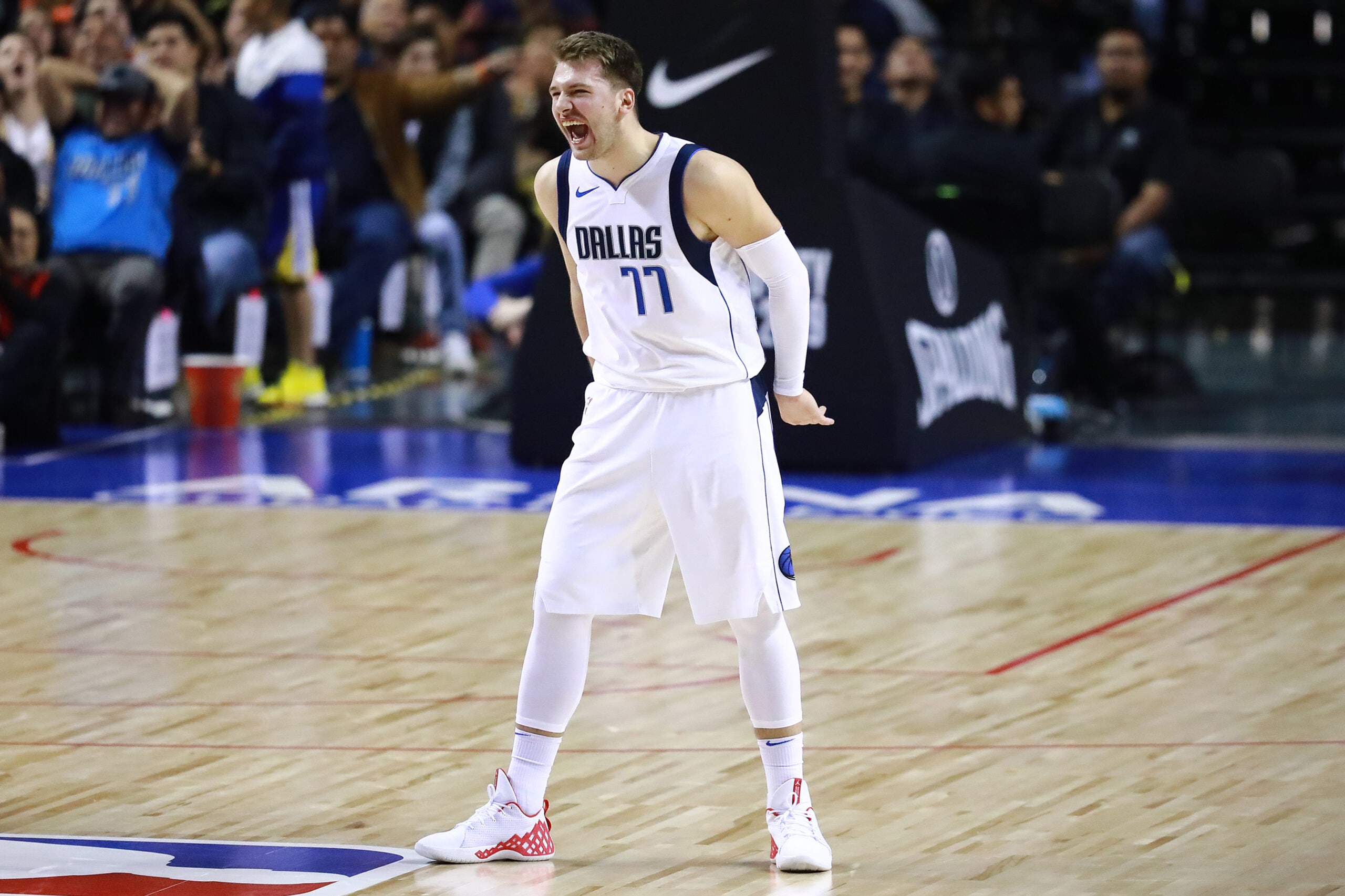 In the history of NBA games in Mexico, there is one achievement that stands out above all others. When Mexico last hosted the Global Games in December 2019, Luka Doncic put on a performance that Mexico’s NBA fans will not soon forget. As one of the NBA’s top international stars, Doncic didn’t shy away from his international audience. The Slovenian guard dropped 42 points on the pistons and added 12 rebounds and 11 assists in his 16th career triple-double.

Doncic’s performance in Mexico City was not just one of his top games of the season, it was a top individual performance any NBA players in the 2019-20 season. During this season, there have only been five instances of a player hitting a triple-double with over 40 points. Doncic is the only player to have a triple-double in a Global Games competition, and his accomplishment is the second-highest total in a Global Game.

The Mexico City crowd marveled at Doncic’s dribbling behind-back crossovers, no-look alley-oop dimes and deep 3-pointers. He enjoyed being the showman in Mexico, often with a grin after dazzling the crowd with his signature moves. Doncic gave Mexico’s NBA fans a taste of the league’s incredible star power. 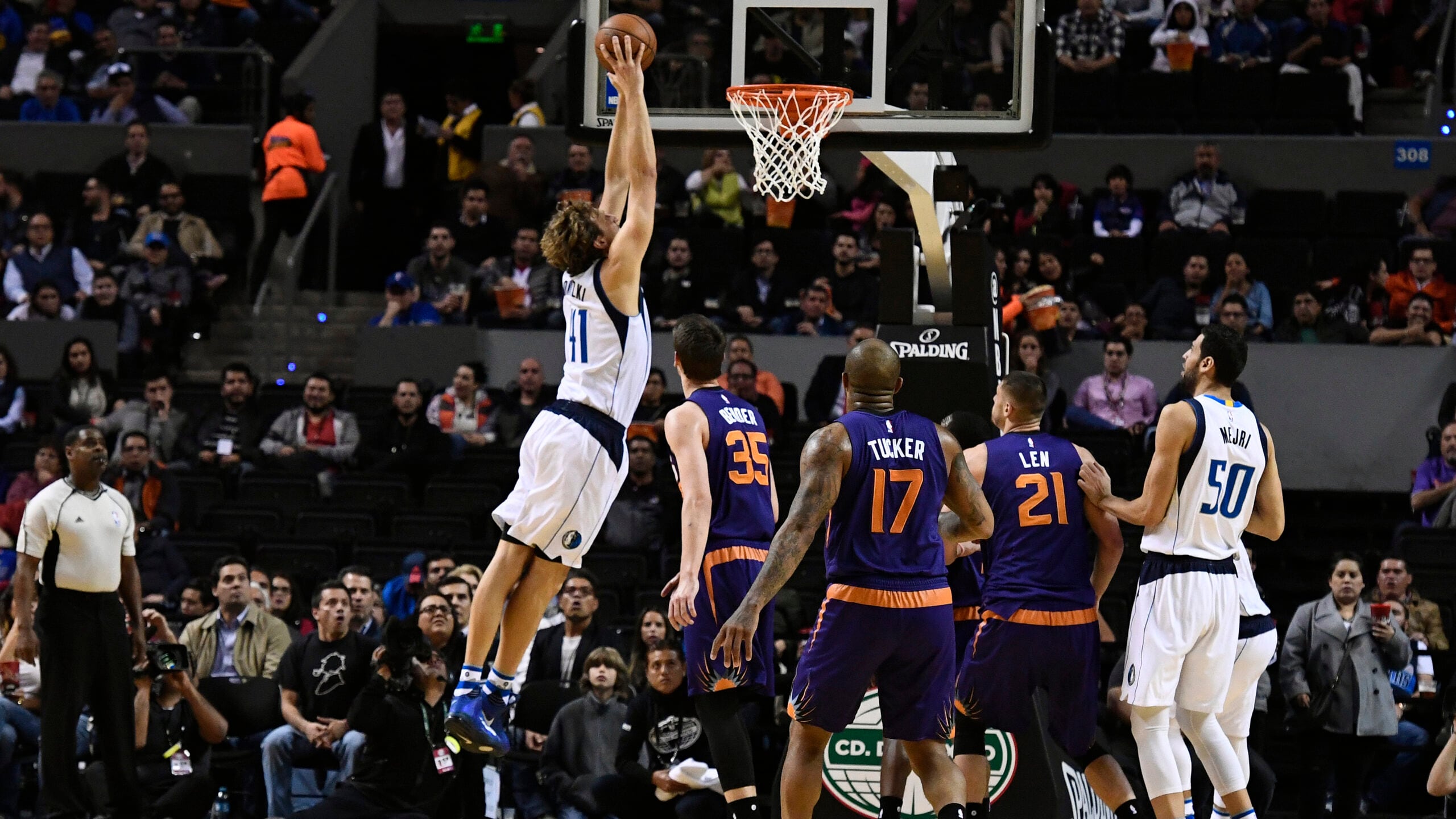 The Suns and Mavericks have played most regular-season games in Mexico.

The Suns and Mavericks have the most regular-season games in Mexico with three games each. The Magic and the Rockets are both undefeated with two wins in Mexico.

The New Jersey/Brooklyn Nets have played the most global games overall (seven) and are 4-3. The Orlando Magic and Oklahoma City Thunder have played five games each and are both tied 4-1.

The Boston Celtics and Milwaukee Bucks are the only undefeated teams to have played multiple Global Games, both 2-0.

The best moments from NBA Mexico

The Rockets and Mavericks performed in the NBA’s first South of the Border match in October 1992. NBA legend Hakeem Olajuwon wowed the crowd with his dunking and playmaking. This game marked the beginning of efforts to globalize the game in Mexico. 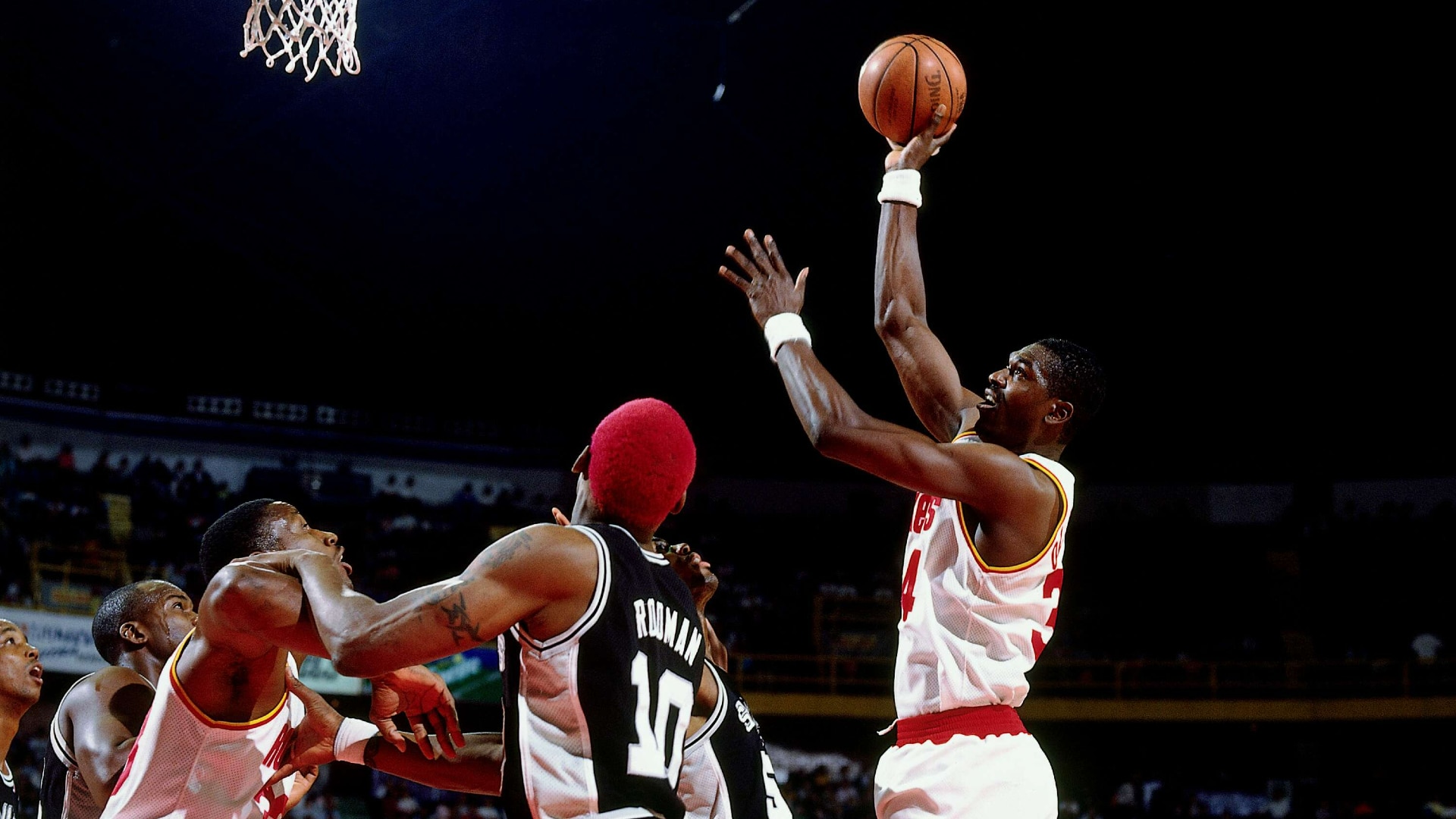 Hakeem Olajuwon plays his second game in Mexico City in 1994.

The Rockets and Mavericks were brought back to Mexico in December 1997 for the NBA’s first regular season game in the country. The Rockets narrowly defeated the Mavericks 108-106, behind Charles Barkley’s 19 points and 17 rebounds. Mavericks guard/forward Michael Finley had a career-high 35 points, but it wasn’t enough to defeat the Rockets. After the narrow victory, Barkley enthusiastically threw the ball into the stands. 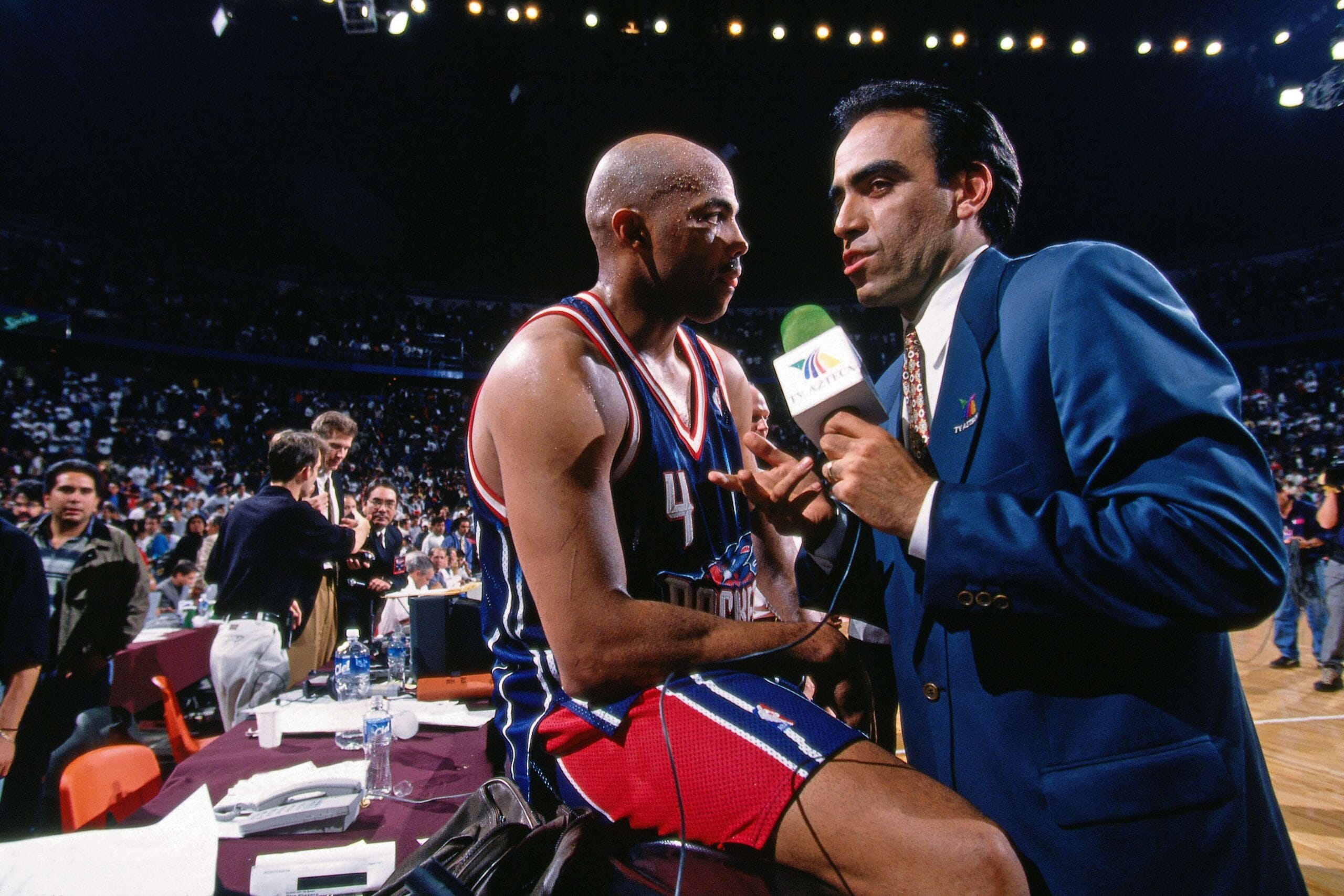 Charles Barkley speaks after his Rockets defeated the Mavericks in 1997.

In a preseason matchup between the Spurs and the Clippers in 2010, Gary Neal hit a game-winning 3-pointer with 1.5 seconds left and led the Spurs to a 100-99 win. 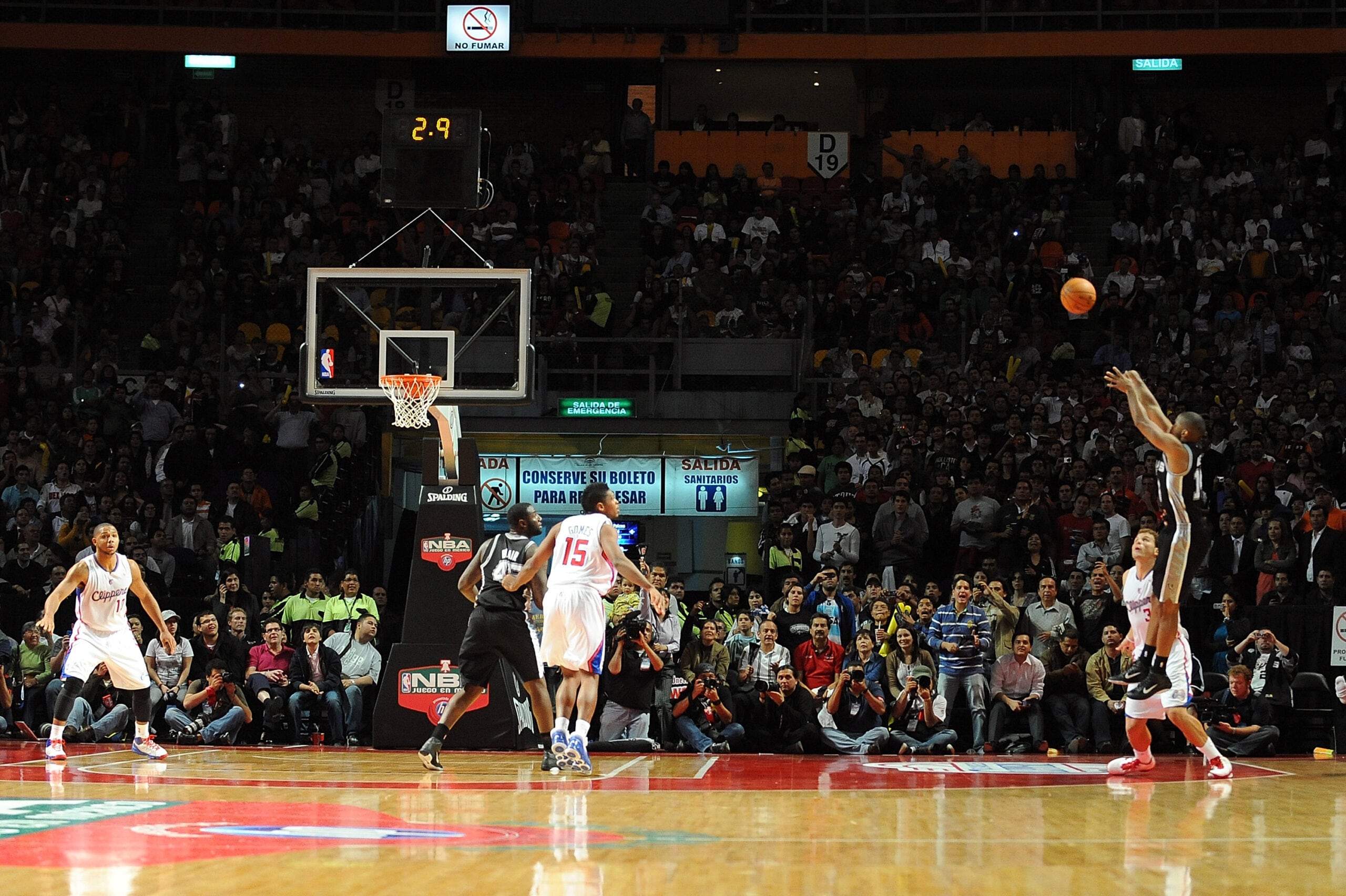 In 2017, Leonard and Booker had a memorable duel when they traded buckets on the final stretch when Booker put down a go-ahead dunk after a Leonard 3-pointer. Overall, Booker had 39 points to Leonard’s 38 as the Suns won 108-105. 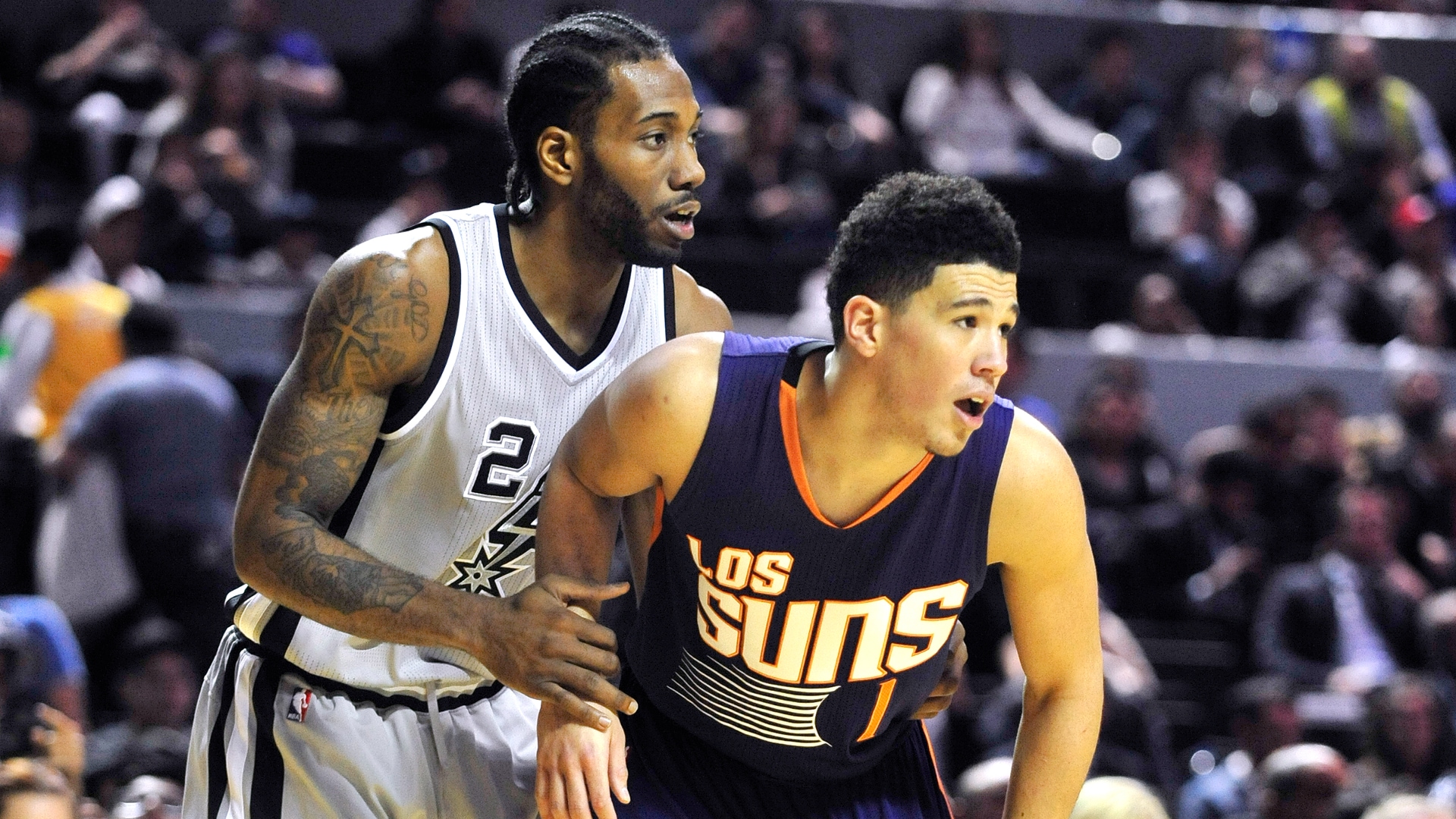 Kawhi Leonard and Devin Booker duel in Mexico City in 2017.

On December 17th, the Spurs and Heat will celebrate 30 years of the NBA in Mexico. The game will be a stark reminder of the NBA’s international ties, as the league’s top talent will be showcased as the game continues to globalize.