Exports fell 9% year-on-year to $296.1 billion, worsening from October’s 0.9% drop, Chinese tariffs data showed on Wednesday. Imports fell 10.9% to $226.2 billion, according to the data, compared with the previous month’s 0.7% decline, showing a sign of a deepening economic slowdown in China.

The country’s global trade surplus narrowed 2.5% year-on-year to $69.9 billion. Trade had been forecast to weaken as global demand slowed after central banks in the United States, Europe and Asia hiked interest rates to tame rising inflation.

Chinese consumer demand has been hit by a “zero Covid” strategy that has closed large swaths of cities to contain outbreaks. The closures disrupted business and locked millions of people in for weeks.

On Wednesday, China reversed the rules governing this strategy, dropping virus testing requirements for some public places. Residents with mild cases will be allowed to self-isolate at home for the first time, the National Health Commission announced, instead of going to partially overcrowded or unsanitary quarantine centers.

China’s economic growth rebounded to 3.9% in the three months to September from a year earlier, but economists say activity is already cooling after lowering forecasts for annual growth to just 3%, a level which is among the weakest in decades.

The US, Europe and Japan are reducing purchases of Russian oil and gas to punish President Vladimir Putin’s government for its attack on Ukraine, but the sanctions do not prevent China, India or other countries from buying Russian exports.

Beijing is buying more to take advantage of Russian rebates. This angers Washington and its allies by spiking the Kremlin’s cash flow. President Joe Biden has warned Xi against helping Putin circumvent sanctions.

Xi said in a letter to a business conference this month that China, one of the biggest buyers of Russian oil and gas, is ready to forge a “closer partnership” with Moscow on energy, according to the official Xinhua news agency. There were no details.

The Arab Gulf States are attempting to recalibrate their foreign policies while the US turns its attention to other parts of the world. Russia’s war against Ukraine and the West’s hardened stance on Moscow have also prompted Arab countries to seek to strengthen ties with China.

During the visit, Xi is expected to attend the first China-Arab Summit and a meeting of the Gulf Cooperation Council, which includes the kingdom along with Bahrain, Kuwait, Oman, Qatar and the United Arab Emirates.

READ :  The Ukrainian economy is likely to shrink further in 2023

Though few other details about the visit were released, Chinese authorities offered superlatives ahead of the trip.

It is the “largest and highest-level diplomatic event between China and the Arab world since the founding of the People’s Republic of China and will mark an epochal milestone in the history of Sino-Arab relations,” Foreign Ministry spokesman Mao Ning told reporters at a daily briefing Wednesday.

China, the world’s largest importer of crude oil, is heavily dependent on Saudi oil and pays tens of billions of dollars to the kingdom annually.

Xi plans to meet Saudi King Salman, 86, as well as his 37-year-old son, Crown Prince Mohammed bin Salman. For Prince Mohammed, the inclusion of Xi raises his own international profile after he was linked to the assassination of Washington Post columnist Jamal Khashoggi.

Aside from China’s oil purchases, his construction expertise is also likely to be used for Prince Mohammed’s proposed $500 billion futuristic Red Sea city of Neom. Chinese construction companies have worked in other Arab countries in the Persian Gulf, most notably in Dubai in the United Arab Emirates. 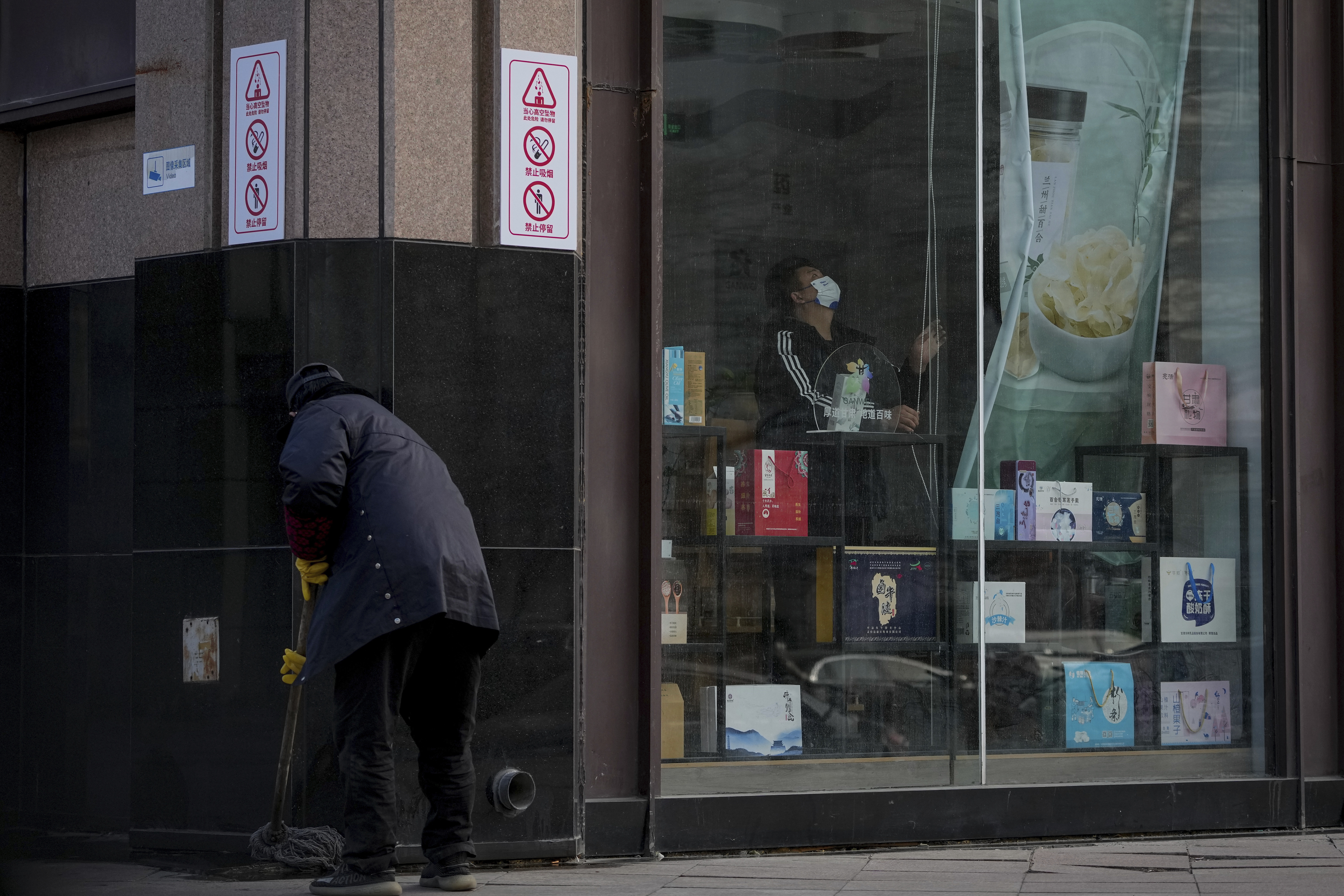 A worker wearing a face mask adjusts an advertising banner at a reopened store selling health products after authorities began relaxing some of the anti-virus controls in Beijing on Wednesday, December 7, 2022. China’s imports and exports fell in November as global demand eased and antivirus controls weighed on the second-biggest economy. (AP Photo/Andy Wong) 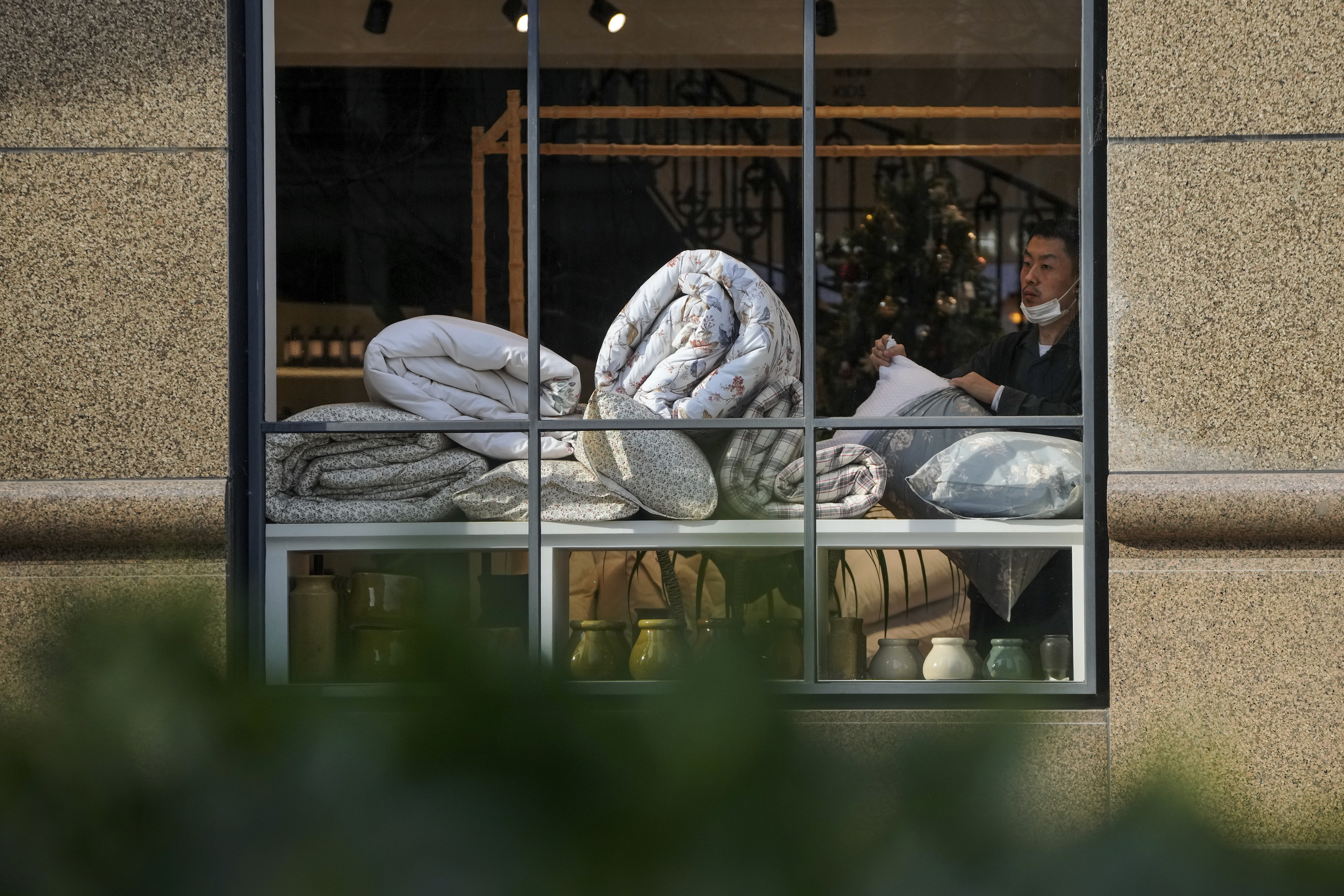 A worker replaces pillowcases at a reopened household goods store after authorities began relaxing some of the anti-virus controls in Beijing on Wednesday, December 7, 2022. China’s imports and exports fell in November as global demand eased and antivirus controls weighed on the second-largest economy. (AP Photo/Andy Wong) 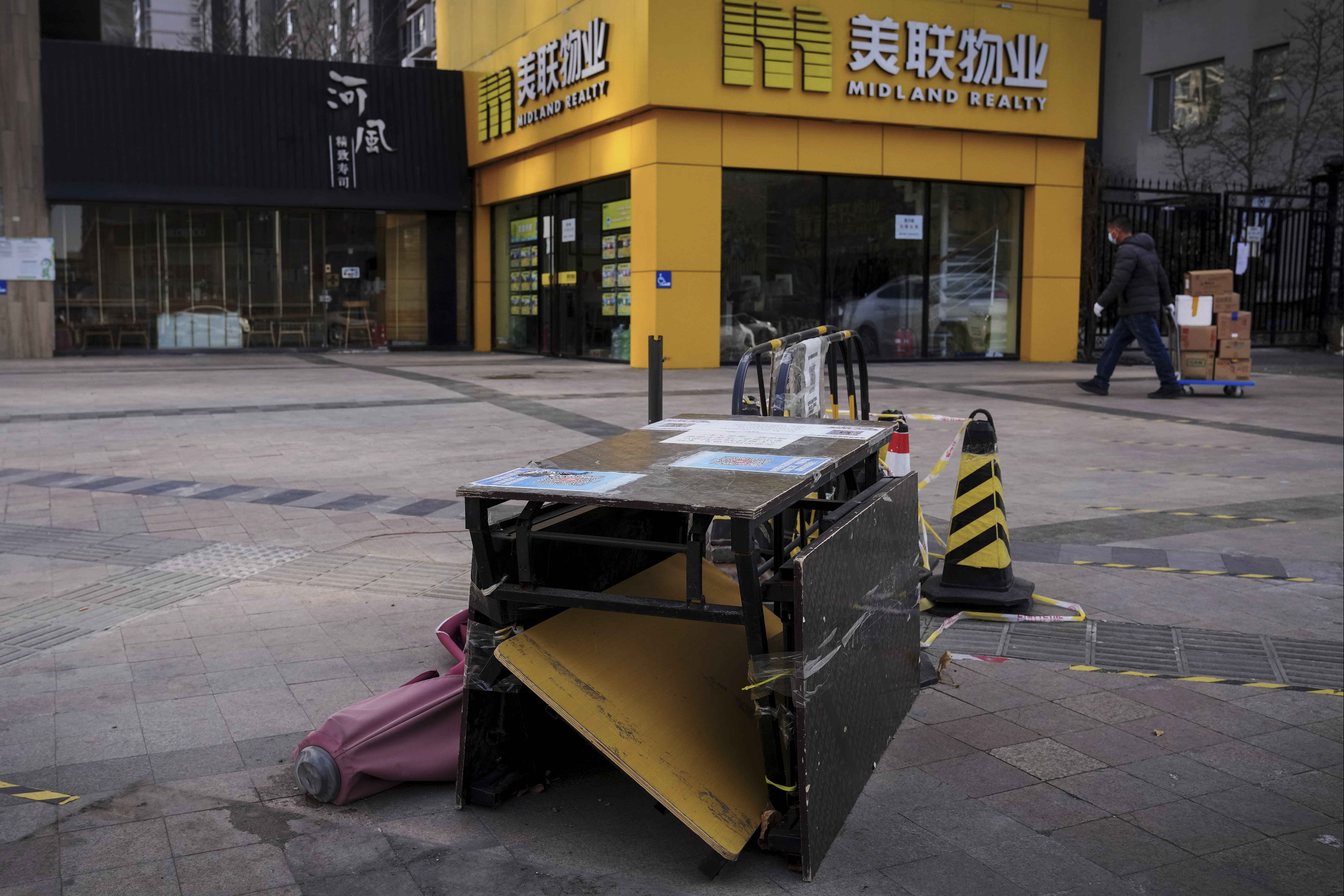 A worker moves goods past a dismantled COVID-19 testing site in front of shops after authorities began relaxing some of the anti-virus controls in Beijing, Wednesday, December 7, 2022. China’s imports and exports fell in November as global demand eased and anti-virus controls weighed on the second-largest economy. (AP Photo/Andy Wong)

According to experts, China is crucial for global growth