The past 12 months have been a pivotal time for science. While graduate students and junior researchers demanded higher salaries and better working conditions, academic careers and collaborations have been weighed down by economic uncertainty, Russia’s war on Ukraine, tensions between the United States and China, and the lingering effects of Brexit. In addition, academic publishers are struggling with a changing landscape characterized by new approaches to data availability and the rise of Open Access. Throughout it all, scientists have advanced their research and careers in industry, academia, and elsewhere. Here is an overview of some of them Nature‘s top stories about the global scientific workforce in a turbulent year.

As global inflation rates continued to soar, students and academics called for action. Two graduate students in the United States took the initiative to create a database showing that almost no university in the country supports graduate students with a living wage. Students around the world — including in the United States, Ireland and the United Kingdom — have been demanding grant increases. The protests produced some results: UK Research and Innovation (UKRI), the country’s largest public research funder, increased the minimum scholarship for PhD students to £17,668 (US$21,700) from October 1, an increase of around £2,000. But graduate students say they will need more support. 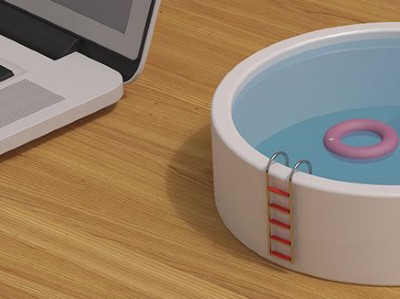 Not only students demanded changes. In February, British academics walked out in protest at what they saw as unsustainable wage levels and working conditions amid an ongoing dispute. Three-day strikes took place in November, involving tens of thousands of academic staff at 150 universities. In April, strikes by academics in Nigeria demanding higher salaries brought the country’s education system to a standstill. In June, young researchers in Europe published a manifesto calling on institutions to pay more attention to professional training and career paths. By October, the document had gained 145 signatories, including members of the European Parliament and the European University Association. And in November, tens of thousands of graduate students, postdocs and other academic staff at the University of California – one of the largest university systems in the United States – quit their jobs to demand higher wages and more childcare benefits.

READ :  Know all about wetlands, at IISc

Career paths in academia clearly take remarkable turns. In March, a study of trainee career outcomes at the European Molecular Biology Laboratory found that opportunities to become a Principal Investigator (PI) have dwindled over the past two decades1. Against this background, more and more doctoral students are abandoning postdoctoral positions and leaving it to the PIs to seek out postdoctoral talent.

Science continues to wrestle with a fundamental question: what is the best way to measure researcher performance? UKRI and other funders revised their guidelines for academic CVs, and universities and scientific academies signed the Agreement to Reform Researcher Evaluation, a document calling for the abolition of traditional metrics such as influencing factors and H-Factors in favor of criteria that reward research integrity, teamwork, and results that cannot be measured by counting citations. By November, the document had more than 360 signers.

In May, the much-anticipated Research Excellence Framework – a multi-year effort to assess the research quality of UK universities – announced results that will shape funding for years to come. The analysis gave high scores to dozens of UK universities, with Imperial College London leading the way, but it also raised questions about how universities could be more fully and fairly rated in the future.

The U.S. National Institutes of Health (NIH) turned the system on its head with a February announcement that beginning in January 2023, most NIH-funded researchers will be required to eventually publish all of their data. At the same time the magazine starts Science allows authors to publish near-final versions of their articles to a repository of their choice without paywalls or fees.

In August, Crossref, a non-profit organization that registers DOIs, or digital object identifiers, for many scholarly publications worldwide, announced that the reference lists of the more than 60 million articles in its database would be public and freely accessible. a move welcomed by advocates of Open Access. Also this month, US President Joe Biden announced that by 2026 all federally funded research would be freely available to the public. 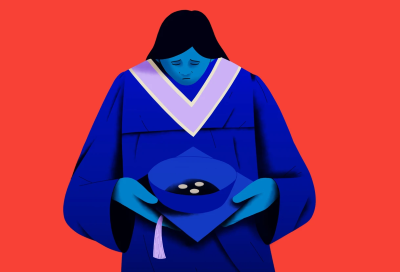 “Not even enough money for food”: Doctoral students face a shortage of money

Several developments during the year have highlighted shortcomings and challenges in the publishing sector. As reported in February, researchers from the Global South are significantly underrepresented in Open Access journals, mainly because of the publication fees. In March, a study found that one in four Australian researchers funded by drug companies failed to notice this association when submitting manuscripts2. And questions about image integrity swirled around Nobel laureate and geneticist Gregg Semenza of Johns Hopkins University in Baltimore, Maryland, prompting 17 corrections, retractions, or editorial notes of concern.

To protect researchers from fraud, Retraction Watch, a blog devoted to issues of scholarly integrity, created a database of fake journal pages.

The year brought renewed efforts to improve diversity and inclusion in science, as well as reminders of work yet to be done. Australia’s National Health and Medical Research Council, one of the country’s leading research funding organizations, announced that from 2023 it will award half of its grants to mid-career and senior researchers – priced at Aus$400,000 (US$252,000) five years per year – for women or non-binary applicants. Also in Australia, the philanthropic organization Snow Medical Research Foundation decided to ban University of Melbourne researchers from considering the organisation’s prestigious grants for a year after the university published a photograph of six white men receiving honorary degrees. And Wellcome, a British biomedicine funding charity, acknowledged in a report that some of its own actions and funding decisions over the years have perpetuated systemic racism in science.

A Nature The study found that women are less likely than men to be listed as authors of articles or inventors of patents, despite having made similar contributions3.

And a report by the US Equal Employment Opportunity Commission found that men in scientific occupations outnumber women more than 2 to 1 in the US (see go.nature.com/3pkppv9).

READ :  Registrations for the next semester will open at Continents States University

Political decisions had far-reaching effects on the working life of scientists. The international scientific community condemned Russia’s invasion of Ukraine, a war that has left Ukrainian scientists fearing for their lives, while scientists in other countries have questioned their ties and collaborations with Russian colleagues. And Ukrainian researchers increased the pressure by calling for a boycott of Russian authors.

The number of researchers with both Chinese and US affiliations is declining, a result of ongoing economic tensions between the two science superpowers. At a conference in South Africa, African researchers called for greater involvement of researchers from low- and middle-income countries in global collaborations.

As a result of Brexit, which came into force in 2021, many researchers in the UK lost access to grants from Horizon Europe, the European Union’s main research funding programme. UKRI stepped in to replace lost grants, but some researchers have been forced to leave the country to keep their hard-won funding. Overall, the ongoing complications of the UK’s exit from the EU left researchers feeling pressured and impatient.

President Biden sought to support science through ambitious budgets and the formation of a federal agency in the United States to protect scientists from political interference. In a further step to prevent political interference, researchers in Australia took steps to prevent the prime minister from vetoing grants approved by scientific committees.

A July decision by the US Supreme Court to overturn the constitutional right to abortion has sent scientists across the country pondering the public health implications. And some called for boycotts of conferences held in states with abortion laws.

Despite years of efforts to address bullying in academia, the problem persists. A nationwide survey of Swedish academics revealed a worrying level of bullying in the country. Eighteen percent of respondents Nature‘s 2022 survey of graduate students reported experiences of bullying. Of these, only 26% said they felt free to talk about their experiences without fear of personal repercussions.

Across the world, much of the abuse targeting scientists occurs online, but social media platforms aren’t doing much to protect researchers from attacks. At a time of COVID-19 denial, top scientists working on the virus and pandemic are particularly vulnerable to online attacks.

The next year will certainly be an eventful one for the scientific workplace, and Nature will continue to follow developments and trends. Stay tuned.